this is it guys, the final stop for the Kiteboard Tour Asia 2013.
wow that was a long journey, but very well worth it. 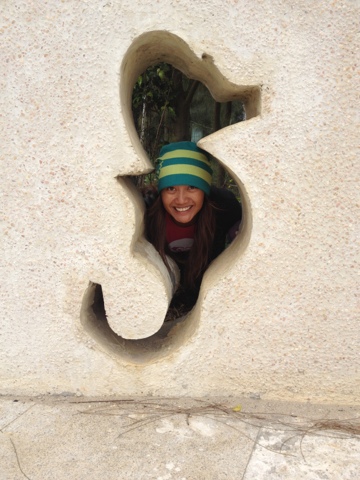 i was soooo excited to come here to China, and yes it's my first time.
I've heard so much about the food in china that got me to panic buy oatmeal and protein shake before i headed out here. and you don't wanna be around me when am hungry. my luggage was packed with these and my new freedom dolly cruiser arrived on time for my flight! 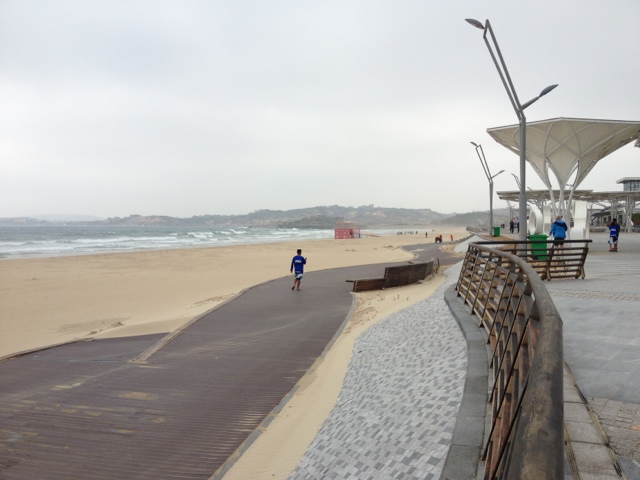 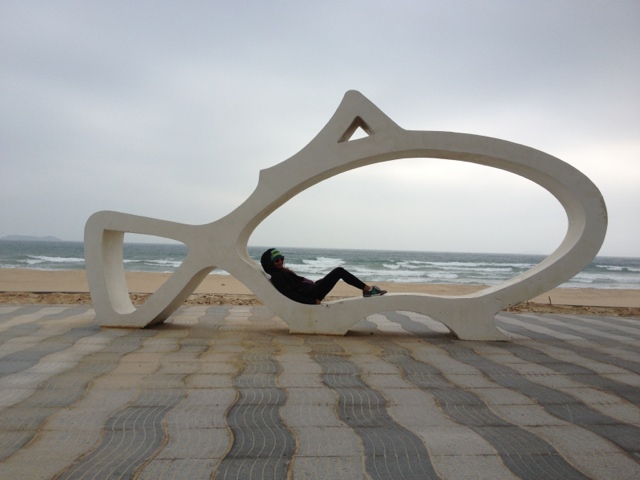 Also facebook is not available in China which was a good thing for me for a week, but i didn't like the fact that youtube, vimeo and other cool websites like pinterest is also not available here. i was looking forward to catching up on watching kite and wake movies on the net and download some fun stuff. but o well everything turned out for the best. i spent the afternoons skating around with some of the riders at the boardwalk while we waited for our heat. 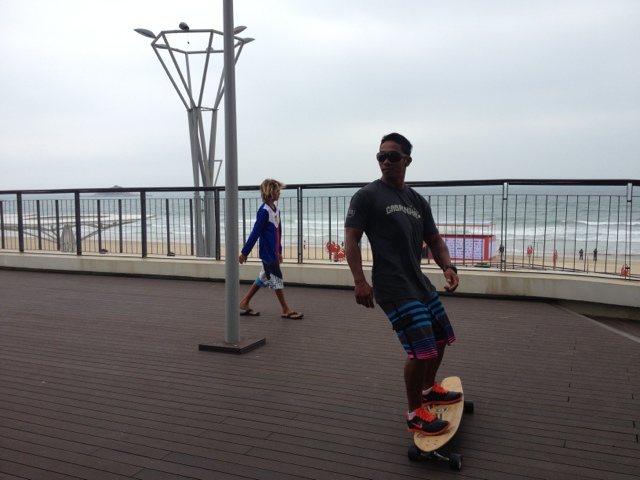 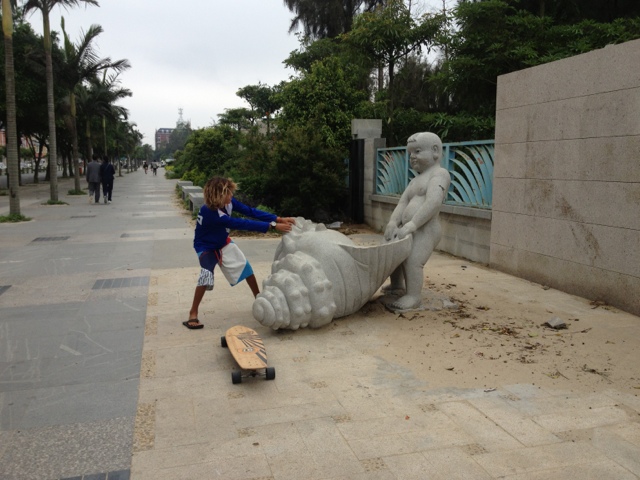 unfortunately on this tour stop my long wetsuit didn't arrive on time so i didn't do the twintip race because the water was freeeeezing.
i was ok with my shorty during the freestyle heat because it was only 7 mins.
but not with racing so i decided to drop out from that before i freeze to death.

again had the same problem from thailand and boracay of not having a sail big enough to race with, compared to all the rest in their 11s/13s and even 15s.
so next year i would really have to get a bigger kite than a 9m

The trip coming here to Pintan was long, but since i was traveling with the whole Philippine Kite Team it made it seem like its only 3hours long, hey it was almost 24hours. 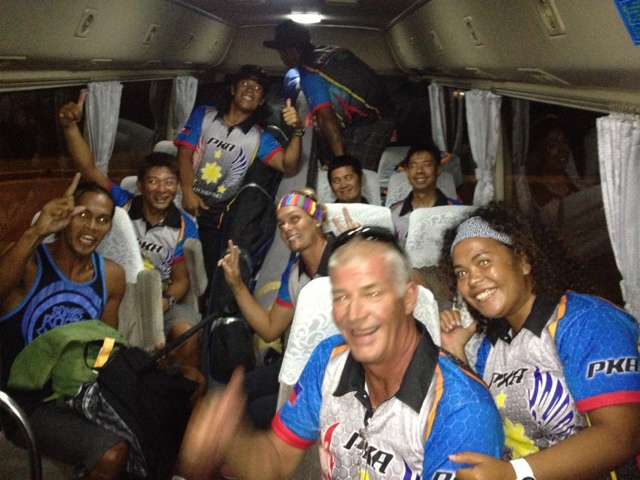 I love that our team had matching shirts and we are all helping each other with our luggage, visas, etc.

i love my teammates. we have a good mix of every discipline and we did quite well on this tour stop as you can see in the podium.

this stop, we stayed in a really nice hotel and i was also sharing a room again with rebecka, our norweigan speed queen who flew in all the way to compete and defend her ranking. 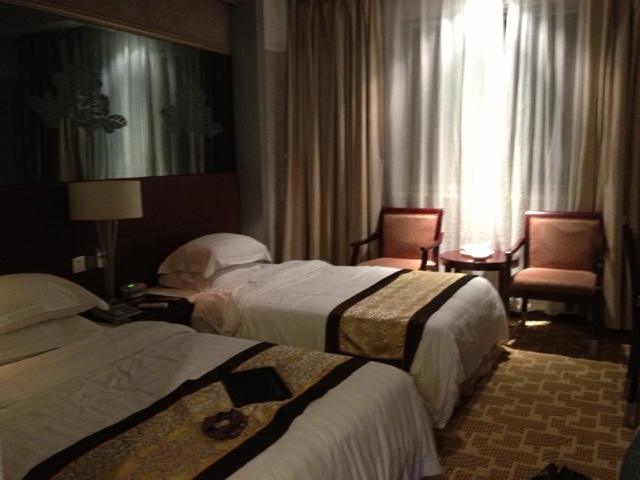 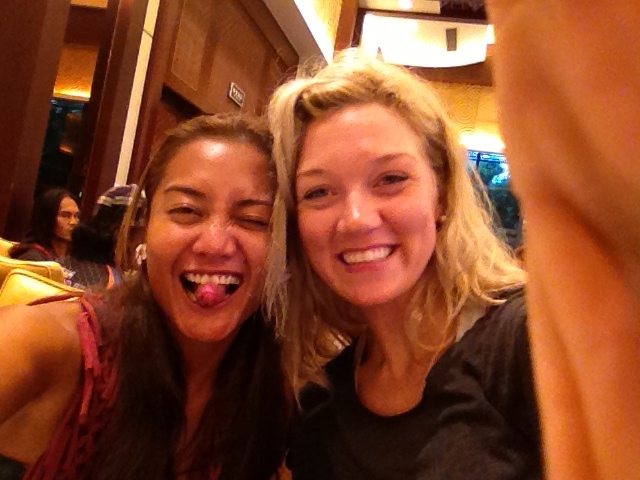 I also got to hang out with the Pingtan kiters on their very cool shop just right on the boardwalk.

The Chinese Government and the Pingtan Sports Committee was very well organized especially with the meals. the dinners were held in nice big halls for banquets and there are people reminding us to go to dinner. haha that was great. reminds me of helpers from the philippines 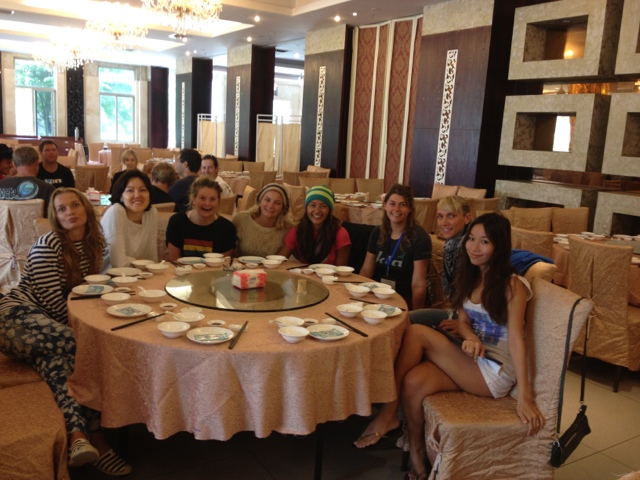 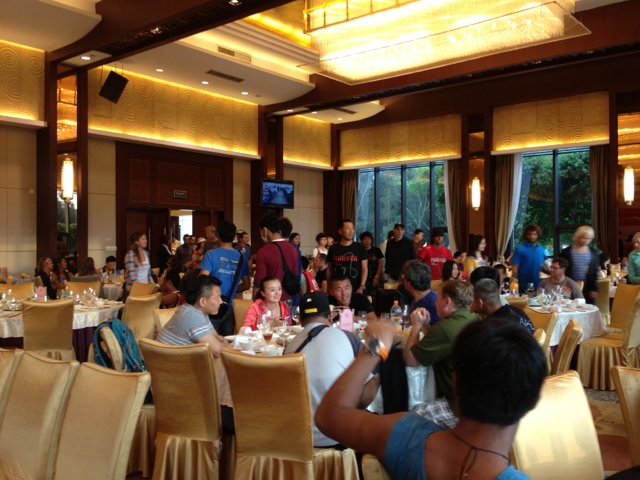 i was a bit picky on the food, although it seem yummy i was extra careful with my consumption to avoid any allergic reaction especially with shellfish Plus, China is known for big extravagant things.
The opening ceremonies resembles a celebration of a national holiday which i think the government did declare it as such. Complete with daytime fireworks, military representatives, high school girls holding flags of each nation ( where the participants are from) and paragliders 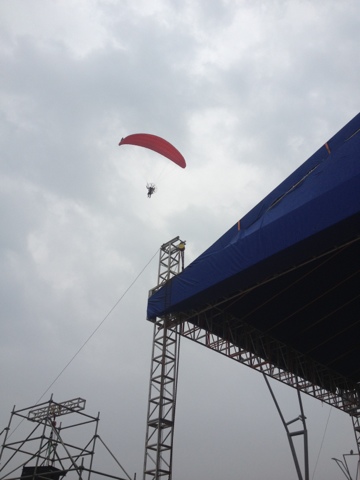 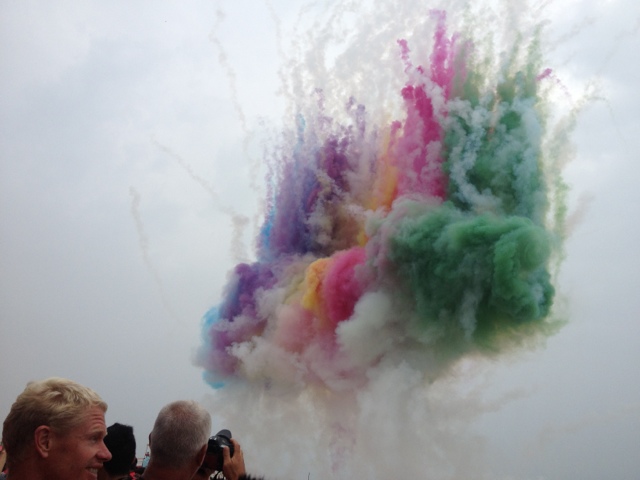 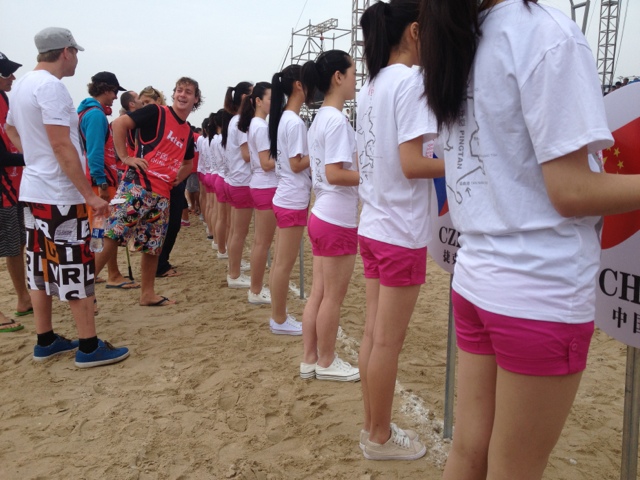 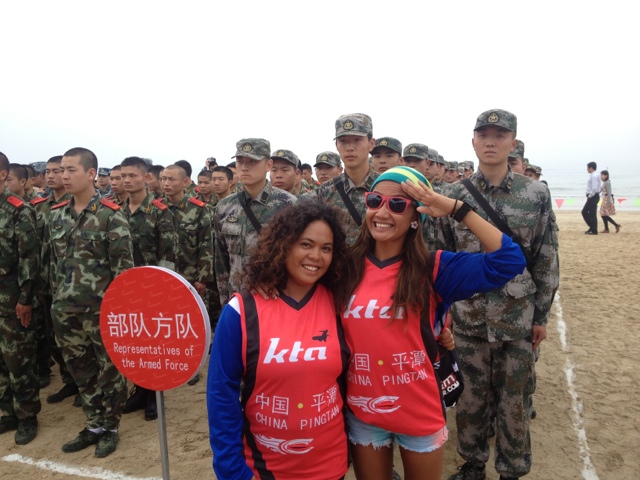 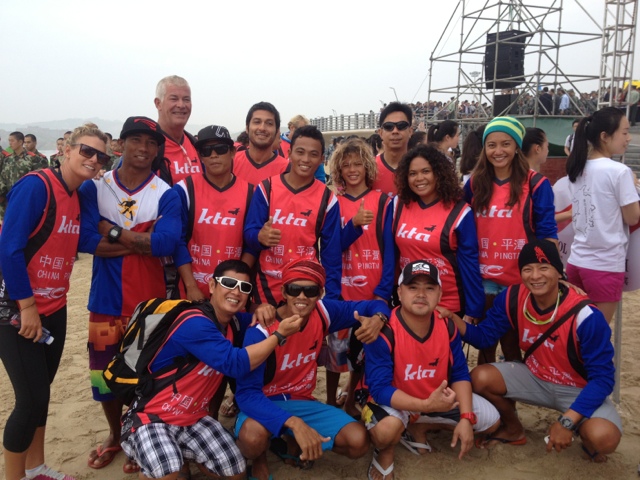 The wind was a bit light on this tour stop so we did a LOT of racing. i probably spent more time skating than kiting in this tour stop, which was of course also good. i havent skated in awhile. plus
I was able to squeeze in a run through the beach with rebecka my running buddy and am so glad i did. the view was amazing. and since it was cold, i had a nice time running. 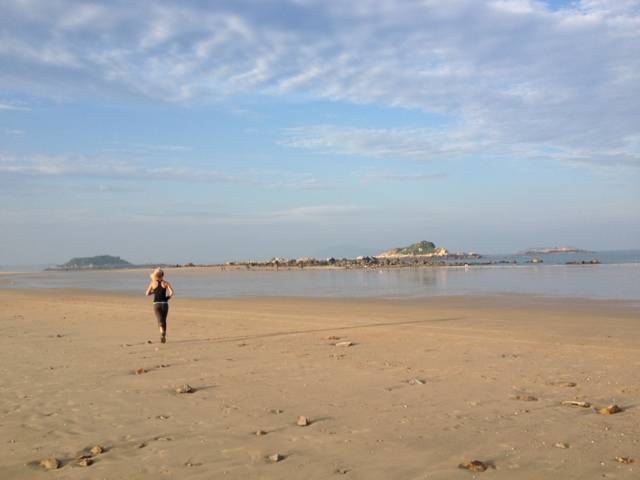 PS: DC sent me this really nice running shoes, yes DC now has running shoes with ultralite for that really lite feel on each stride. and it comes in funky colors too 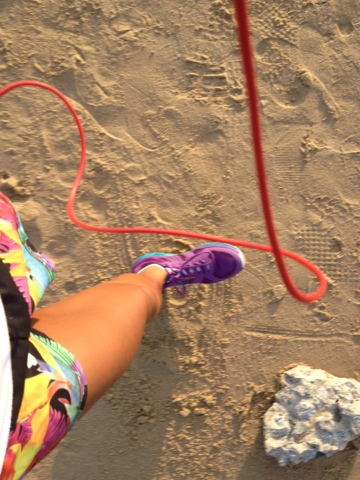 the whole tour was a great experience for me, i learned a lot of things kiteboarding wise and on myself. i realized that i do not like to be in the middle of race protests and would only be racing on twintip and for fun. i also realized that i really am not comfortable riding straps, and will stick to my boots which is what ive been used with from wakeboaording ,and when practicing or going on heats ill be sporting a cute white helmet to protect my head. i do not care of people think i look like a korean tourist trying to kiteboard. lol


i would also like to give props to all the people that believed in me and helped me get here.
without you guys this will not be possible.

thank you to my support crew, loveyah guys!

So now it's time to party again, for the last time for the season, KTA style.

i hope you guys enjoyed following us on one great season! til next year. 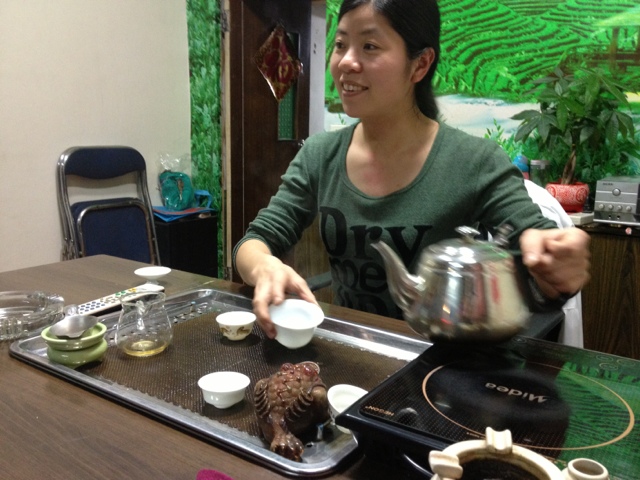 Promote Your Page Too

just to let you know